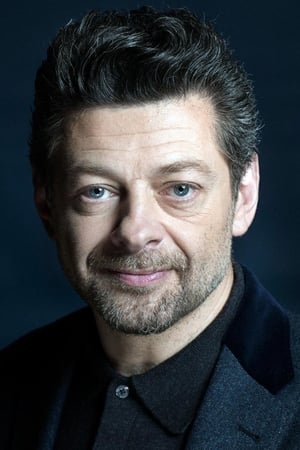 Andrew "Andy" Clement Serkis (born 20 April 1964) is an English film actor and director. He is best known for his performance capture roles comprising motion capture acting, animation and voice work for such computer-generated characters as Gollum in The Lord of the Rings film trilogy (2001–2003) and The Hobbit: An Unexpected Journey (2012), King Kong in the eponymous 2005 film, Caesar in the Planet of the Apes reboot series (2011–17), Captain Haddock / Sir Francis Haddock in Steven Spielberg's The Adventures of Tintin (2011), and Supreme Leader Snoke in Star Wars: The Force Awakens (2015). Upcoming performance capture roles include Supreme Leader Snoke in Star Wars: The Last Jedi (2017), and Baloo in Jungle Book (2018). Serkis's film work in motion capture has been critically acclaimed. He has received an Empire Award, and two Saturn Awards for his motion-capture acting. He earned a Golden Globe nomination for his portrayal of serial killer Ian Brady in the British television film Longford (2006) and was nominated for a BAFTA for his portrayal of new wave and punk rock musician Ian Dury in the biopic Sex & Drugs & Rock & Roll (2010). In 2015, he began playing Ulysses Klaue in the Marvel Cinematic Universe beginning with Avengers: Age of Ultron. Serkis has his own motion capture workshop, The Imaginarium Studios in London, which he used for Jungle Book. He made his directorial debut with the 2017 film Breathe. Description above from the Wikipedia article Andy Serkis, licensed under CC-BY-SA, full list of contributors on Wikipedia.